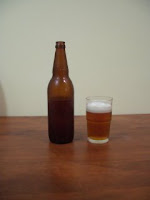 Did ya catch the Feb 24th Longmont City Council meeting? Some of the more interesting and entertaining parts you might not read about in the local paper. Somebody out there is making YouTube videos (nope, it’s not me) of some of the stranger occurrences, which you are free to check out some of them at my YouTube Channel.

Check this one out, I saw some comments on the Times-Call website about this, now I know what they were talking about…

There was more, like several times asking to clarify what a YES or NO vote meant. Now, I’ve been known to join in the post-council meeting get-togethers at O’shays for a drink or two (I don’t think I’ve paid for one of my own yet though). But there was something else Councilmember Sean McCoy referred to at this meeting that got my attention:
Senate Bill 170, which you can read in its entirety at this link.

The first sentence sends off alarms for me: “Requires that a person, regardless of immigration status, who attends a Colorado high school for at least 3 years and enrolls in a Colorado institute of higher education within 5 years after either graduating from a Colorado high school or earning a general education diploma in Colorado shall be charged the same tuition rate and shall be eligible for tuition assistance under the same criteria as a person who establishes domicile in Colorado.”

So not only is that paragraph admitting that you are indeed paying (through mill levies, bond issues, property tax, etc) for the high school education of someone here illegally, you should also kick in to make their college education financially on par with a resident of the state! What a bunch of suckers.

I don’t care who endorsed it, who backs it, or what political party they’re from. I’ve got a problem with “regardless of immigration status” for what should be obvious reasons. I’m definitely all for residents of Colorado to have some advantage over out-of-state applicants, but out-of-country? Illegally at that? I don’t think so.

Lets say you have a cousin who wants to move here and go to CU or CSU, hey, that would be cool, they would at least have some family nearby. But their tuition is exorbitant being out-of-state, but not for someone here illegally. Does that seem the least bit fair? Basically we’d be subsidizing someone here illegally at the expense of U.S. citizens.

Here’s an idea: go ahead and get all of those illegal immigrants applications who want to come to these schools we help fund in one way or another. Dump them on some new school run by “educators” like Mr. McCoy who want this subsidizing (on your dime) of said illegal immigrants, and they can have a new college just for them. It won’t be CU or CSU caliber (in this case especially), but what do you want for half off while you don’t pay in to the system that’s helping to fund you?

In the meantime, their immigration status can be verified – one way or the other.

What is with this attitude of getting something for nothing? Why would Mr. McCoy (among others) want this? Without the “immigration status” part, I can understand, but with it? It’s pandering, pure and simple. It’s not about human rights or fair treatment – unless you’re here illegally of course. Remember back to one of my podcasts where I said “White guilt does not equal racial tolerance“? This is about getting votes, nothing more, nothing less. And looky here, there’s a Longmont City Council election coming up in November.

That’s alright, you may forget. I’ll make sure to remind you.

Chris is the editor/publisher of LightningRod Blog - as well as founder/editor of Wrongmont, Longmont Advocate, Vote!Longmont, Longmont Politics, the LightningRod Radio Network, as well as being the original Longmont Examiner. Chris is a writer and talker - whether it be blogs, podcasts, music, or public speaking. When he's not heard on Air Traffic radio, he can be heard on his podcasts or seen in the local paper causing trouble.
View all posts by Chris Rodriguez →
Tagged city council, Sean McCoy, State Senate. Bookmark the permalink.