In this installment, we pick up in early 2009 after apparent local political burnout – or so I thought.  The previous two years were hectic, to say the least.  Output increased in quantity and quality, both in the written and spoken word.  By the end of ’08 I had gone back to one of my first loves: aviation.  But staying away from local politics was apparently not in the cards. Continue reading… →

On Episode 16 of Longmont Politics we played some City Council audio of singing anti-frackers and talked about their group (ROAR) limiting dissenting opinions on their Facebook page.  It was then on to voter ID and some questions for our City Clerk.  We then talked about some proof of voter fraud and letters from some people who may have registered illegally.

It was then discussion of the Twin Peaks Mall, Panattoni, Harvest Junction, the Vance Brand Airport.  Finally, we went through the quite revealing and troubling mental sewage in the form of tweets from former Longmont City Councilmember Sean McCoy, as well as those who “think” they are competition for me or any sane thinking person.  I invite you to check out their swill (Longmont Area Democrats & Free Range Longmont).

Music played in this show was “How The World Ends” by Modern Science – courtesy of Music Alley.

Join Chris Rodriguez and his guests as they talk about the topics of the day. While the show will lean towards Longmont, Colorado with emphasis on politics, there’s no limit to where the show might go and may apply to your hometown. Leave a voicemail which we may use on-air at (720)924-1080

Should Longmont’s taxpayers help bail out the ailing Twin Peaks Mall and, if so, then why not extend that favor to every business in town? This gnawing question of fairness weighs heavily on the minds of many locals, as city officials consider negotiating a public-private partnership deal with the mall owner.

Read the rest at The Percy Report

Seems in this current election cycle some people are trying to rewrite history when it comes to the Twin Peaks Mall.  Let us never forget who’s squarely to blame for the current situation and who has blood on their hands.  So lets look back over the last 3+ years to get a feel for what occurred and how it was written about as it occurred.   Continue reading… →

Ya know, I was just going to let the creative rewriting of history last week in the Times-Call Open Forum go.  But now this nonsense has spread to the Denver Post and the Longmont Ledger.  In some kind of feeble attempt to rehabilitate a destroyed public image (and for good reason), former Longmont City Councilmember Karen Benker has found time to comment on two of her monumental failures – and the main reasons why she was trounced in last Novembers election by Katie Witt.  Speaking of which, she still hasn’t conceded or congratulated the victor of that race.  An opponent she laughed at and her clueless compadre Sean McCoy called a “city council wannabe“.  Better than a “city council hasbeen” I guess. Continue reading… →

It’s ironic to see how some of the more toxic of the self-proclaimed ‘progressives’ in town are finding their sources of entertainment these days.

Case in point: Longmont’s Twin Peaks Mall, which used to be the source of 22% of Longmont’s tax base and now due to the economic downturn, is hovering around 6%. Seems these self-proclaimed ‘progressives’ in Longmont can’t wait to see if it goes down on the newest council members watch so they can barf up a headline “The Baum Squad blew up the Mall!” Continue reading… →

2009 was quite an eventful year for the City of Longmont, regardless of where you stand on the issues.  Obviously, it was better for some than others.  Personally, it was pretty busy but overall pretty satisfying, too.

So lets go through it, month by month: Continue reading… →

If you are on the fence on whether or not Longmont Councilmember Karen Benker deserves another chance at being the Ward 2 representative, you only need to consider one thing:

The current state of the Twin Peaks Mall. Continue reading… →

If you do a search on this blog with “Benker” as the search term, you can see all the twists and turns and flip-flops Councilmember Karen Benker has made in regards to the Twin Peaks Mall (especially the “Mall-itics” series). Like other things, I don’t just write this stuff around election time, but it is useful to go back and see what occurred and be reminded of such when you are considering how to vote and who to support.

At the July 28, 2009 Longmont City Council meeting at around the 1:20 mark, Karen Benker said, “we know it’s a dying mall“. What a thoughtless, irresponsible and potentially damaging remark.

I guess Ms. Benker has forgotten about the speakers in front of council, business owners at the mall, nearly in tears. If memory serves, one was literally in tears about the future of the mall, and pleading that council not stall on moving forward with the redevelopment. It wasn’t long after that that Ms. Benker, the swing vote when it came to the mall, swung her stance against 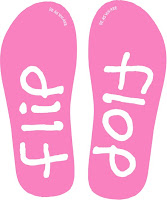 the mall. I’m sure her “dying mall” comment went over well with these struggling business owners.

Back in May (’09) I asked “about a year ago you were more positive on the mall situation, something changed and as your support went south, the project stalled. Without using the excuse of the economy (your support fell prior to that), why did your support wane? Was it a shifting interest and prioritization towards Downtown? What has Panattoni done wrong, or differently, to warrant this negative treatment?” I didn’t expect an answer, and didn’t receive one. So I’ll fill in the blanks:

She was wise in the past to be pro-mall for political reasons, something or someone told her to return to her anti-business/developer roots and she shifted her attention to Downtown at the expense of the mall. Then the bad news about FasTracks not exactly living up to its potential. Then the Thistle debacle hapenned, and the general tide and opinion that Downtown (rightfully) needed to take a backseat to our (formerly?) biggest sales tax generator, Twin Peaks Mall.

That, and the upcoming election, how convenient.

Like I said and need to reiterate, Ms. Benker was the swing vote when it came to the mall and its future. It’s good news that Panattoni has found a tenant for the former JC Penneys space and is working with Regal Entertainment for a new theater. But this not because of Ms. Benker and her fellow travelers on council, it is despite them.

There is still much to be done at the mall, and wafflers like Ms. Benker would serve the city better by getting out of the way. And watching what they say.